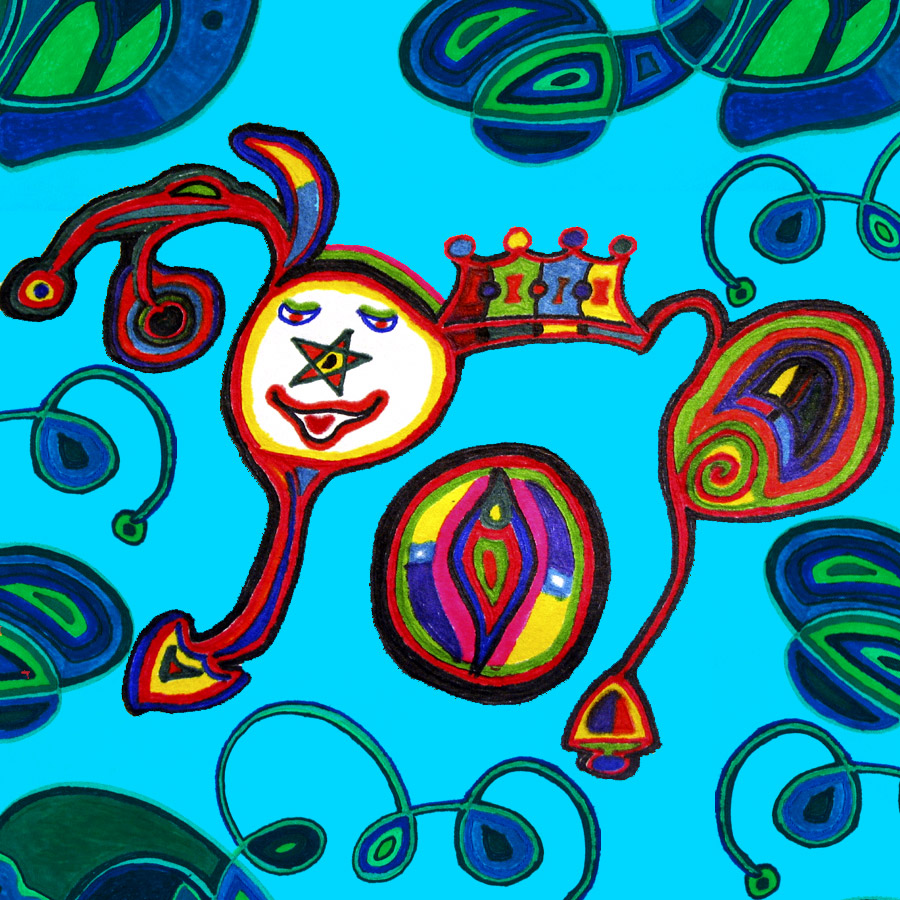 “Pop” is an enigmatic CD. None of the songs are anything alike,
other than that they are all bound by strong back beats.

This limited CD release is primarily targeted for the Global Digital Download Market. You can buy the CD or single songs on music websites like: Spotify, iTunes,  Rhapsody  or CDbaby.

FIRST: There are 3 Slammin’ Club Songs:

As expressed by a contemporary composer: “It’s a testosterone driven, everybody wants to do it, to the point, lyrical composition. The entire thing just stayed in my head. I woke up the next day and it was the first thing I thought of…a very controversial creation. I love it.”

-Cut #7 -“Chote’ Vi” is a high energy instrumental with a really cool swing to it. Feels like it’s pushing the beat the whole time. You will dance!

** The rest of the CD is songs about all kinds of things:

Cut #1 – “Love When You Want It” is an over the top, keyboard oriented, super/pop/funky song that is dramatically orchestrated, laced with lust and fairy tale ideas about love that never comes when you want it to….

Cut #2 – “Think for Yourself”, is a fantastical concept piece originally documented as three separate spontaneous vocal improvisations. They were edited together into a song and all of the production was built around what you hear.

“Take a long ride on a pirate ship somewhere beyond the sea
Get your life in a sailor cap & set your soul free
Yea say I’m sailing, nothing left to do
Big wide gropin’ sails, across for me & you

Nobody really saying much of anything, Think for Yourself”…

“Think for Yourself” readdresses a topic that has always been a problem especially now that unprecedented global media access has produced “Group Think” issues on a new scale. Fanaticism & the repetitive nature in peoples thinking is the greatest enemy to humanity. Simply stated, the most important thing humans can do is make informed decisions for themselves, independently of peer groups and external pressures.

Cut #5 -“Kiati” is an acronym for “Kind is all there Is”.
The song is about hope and forgiveness when you lose your foot hole to the world:

There is a very ethnically mixed line-up on this song. Two Italian Americans, two Black Americans (add..Creole & Italian) and one redneck! This makes for a good Louisiana Creole Funk Gumbo!

Cut #11- “Space Dock 9”. This is an improvised instrumental recording. The ending is in direct contrast with the material that preceded it. It is as if a “Light” came on to bring order from chaos. 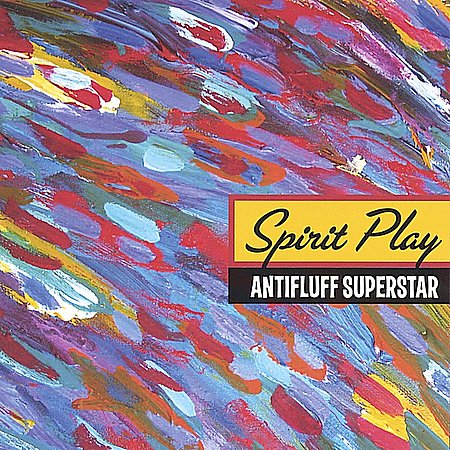 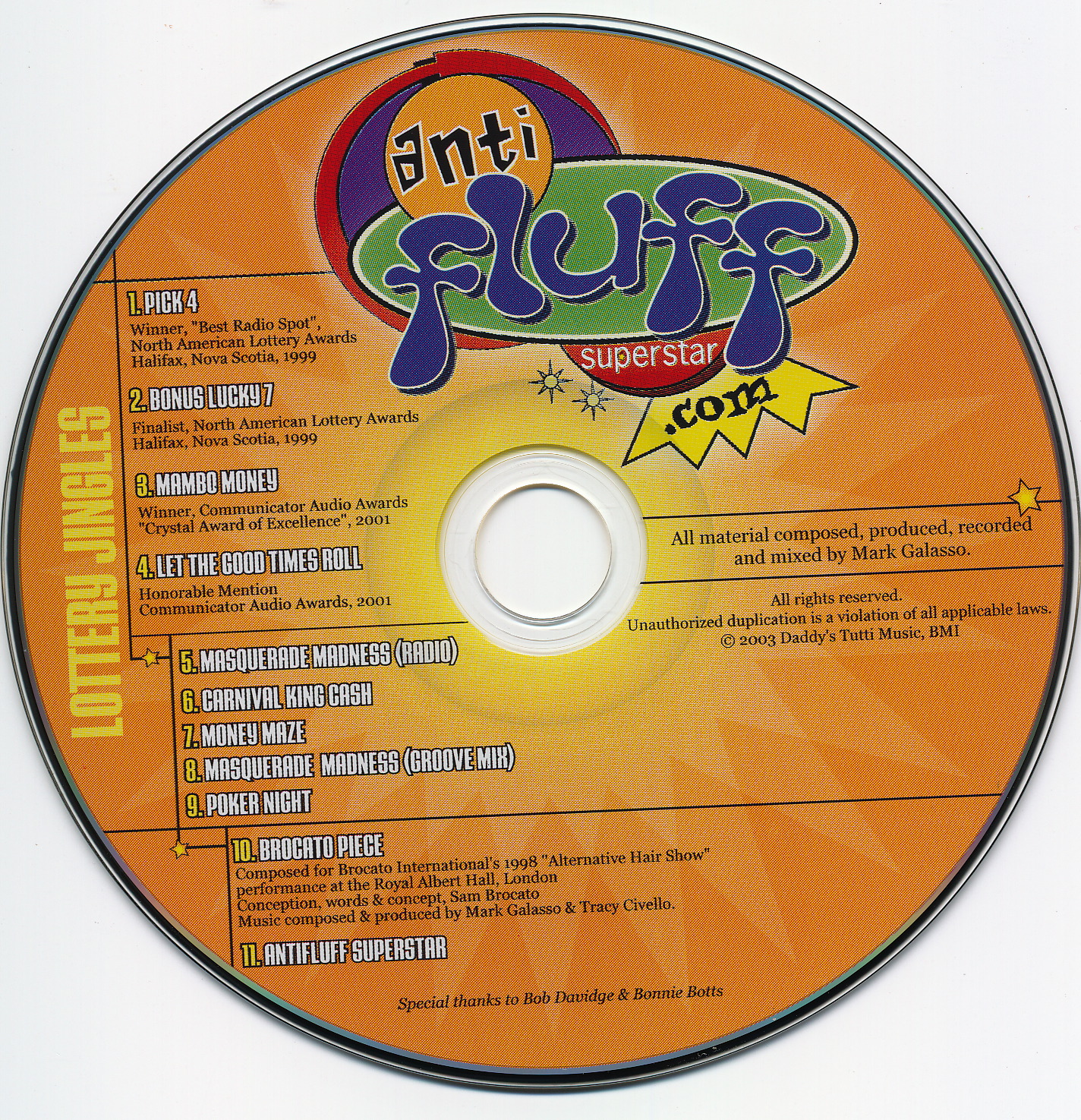 Antifluff Superstar was composed & recorded during a period of unprecedented self-growth. All of the material was conceived, recorded & mixed without any constrictions regarding when the music was documented as a musical expression. This creates a spontaneity and freshness not easily duplicated in the recording studio.

“Mark Galasso who gifted us with some of the best modern Louisiana pop around on 1997’s PERCHAPLECTIC, returns with a new persona as Antifluff Superstar, completing his studio-perfectionistic control-freak journey full circle. He’s even starting to sound like other wizards and true stars: his funk is becoming positively Princely, his twisted classicism Rundgrenian, his confessionality Lennonesque. The title track dips and weaves between three decades of damaged art-pop like a drunk on a binge. Just when he seems unfathomable, he polishes off a Beatlesque gem (“Jin’s Jet”), rips out a solid groove (“Stuck Here Without You”), or takes the piss out of his ambition by re-working one his commercial jingles (“Bonus Lucky 7″) and all is well. Mark’s colossally, wonderfully self-obsessed. The sheer audacity and frightening intensity of his ambition is absolutely thrilling. In a state that forgot how to make solid, non-derivative pop music a few decades ago, that’s to be celebrated.”

Mark Galasso-a.k.a “Antifluff Superstar”-has been recognized Nationally and Internationally for nine spectacular radio jingles he has written for the Louisiana Lottery Corporation. In 1999, “Pick 4” won “Best Radio Spot” at the North American Lottery Awards in Halifax, Nova Scotia. “Bonus Lucky 7” & a Gambline Hotline Tv Spot were also finalists in the competition, which involved 49 lottery companies from all over North America. Additionally, his Jingles “Mambo Money” & “Let the Good Times Roll” won Audio Communicator Awards in 2001, and “Mambo Money” was given the “Crystal Award for Excellence”.

ANTIFLUFF SUPERSTAR is also available for Digital Download on the following sites:

SONIC ADVICE: If you are concerned about the audio fidelity of these recordings it is recommended that you buy the actual CD.