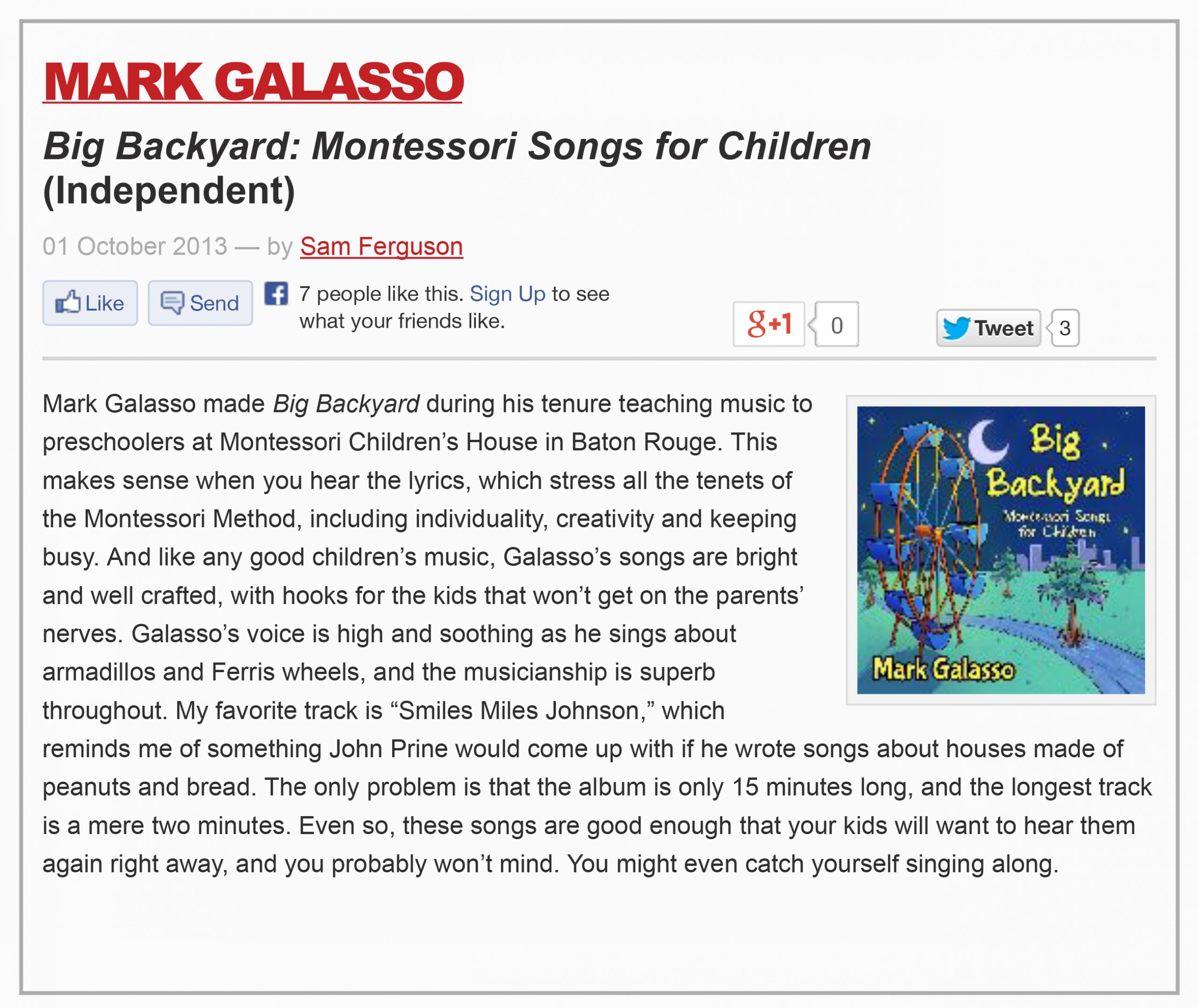 In 2001 the song “Let’s Make it Work Somehow”, from the Perchaplectic CD, reached #14 on the “Pop” charts at Garageband.com

Mark Galasso was featured as the Lead Vocalist on this jingle.

In 2001 the song “Let’s Make it Work Somehow”, from the Perchaplectic CD, was featured as “Song of the Day” at Garageband.com, based on enthusiastic reviews by listeners from all over the world.

In September of 2000, Mark Galasso collaborated with his brother, Violinist/Composer Michael Galasso, on music recorded for the Armani Retrospective. This was the first sound installation in the New York Guggenheim’s history.

The Armani Retrospective appeared also in the Guggenheim Bilbao, Bilbao, Spain in 2001

The City Review:Armani said “Eastern-style music by Michael Galasso wafts about quite effectively.”

In 1999, Mark Galasso singed on with Labrador Records in England where Perchaplectic was the featured CD on Audiostreet.com who called the CD, “a stunning eclectic collection of 17 songs”.